Club 4 an institution in Barcelona. 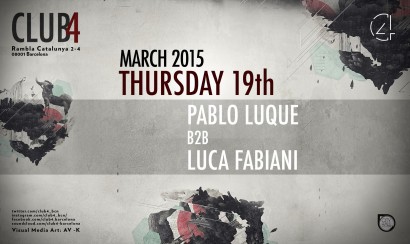 This special night was supposed to be a basic thursday.

But there are always people around us to make our nights so particular and Club4 is one of those parties full of unexpected happenings. It was my first night out of my long summer season 2015 in Barcelona.

Our night started early, when we went to assist to the interview of the two stars of the night, Pablo Luque and Luca Fabiani DJs resident at Club4 by Esquimal media. 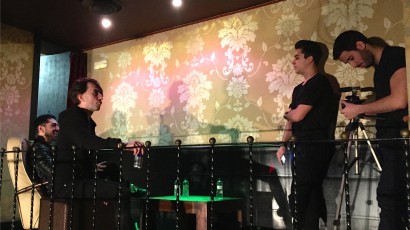 Followed by a soundcheck. 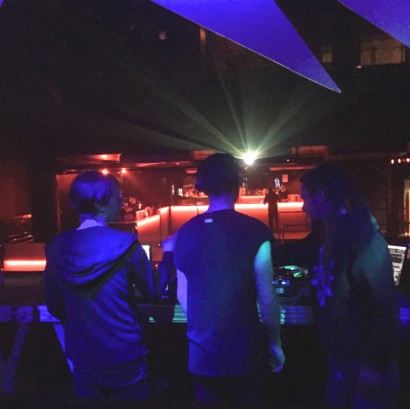 And then the party started, the DJs were playing back to back all night long for the greatest pleasure of the party people. You can be sure that after 1:30am the club is always full. 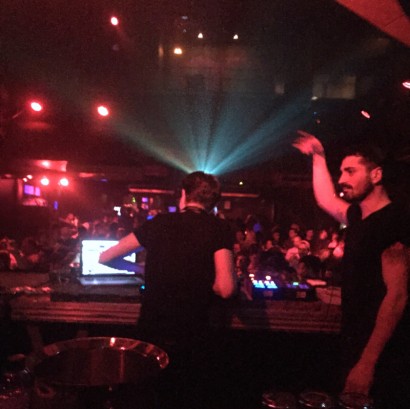 There is also this very special moment when someone tells you in the ear that the next track is a production of other friends, a collaboration between The Deals and Ukka The tracks is just finished and unreleased yet. So your attention is at the maximum, waiting for the reaction of the dancers. When the track is at its summum and when meanwhile the clubbers are freaking out, you just look at each other smiling. Those moments are priceless.

The Deals and Ukka – Connection

And that moment when nobody want to leave the club and ask for a last bomb. 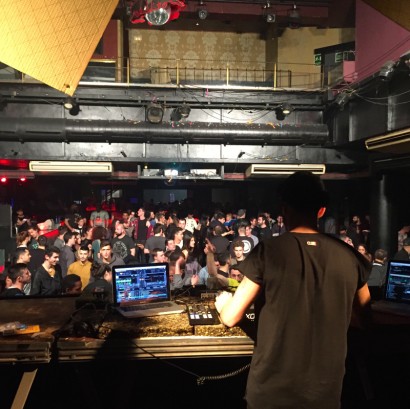 In Barcelona we hear a lot “Sharing is Caring” and that’s exactly the point. Sharing those little moments with people you do appreciate because they make every single night unique.

As Luca Fabiani and Pablo Luque would say, Club4 is such a family story. And the Family hit up every Thursday for an other party and musical experience.

Club4 was started in Feb 2006 by Paco Osuna, Marco Carola, Christian Smith and Adam Beyer.
Club4 was born in early 2006, conceived as an avant-grade global electronic music venue.
Since its beginnings Club4 has maintained a thematic line, defined by the philosophy of promoting freedom in sounds and, mainly, the intention of creating a space of fresh musical ideas in a warm and spontaneous atmosphere, thus producing an explosive party every Thursday night.