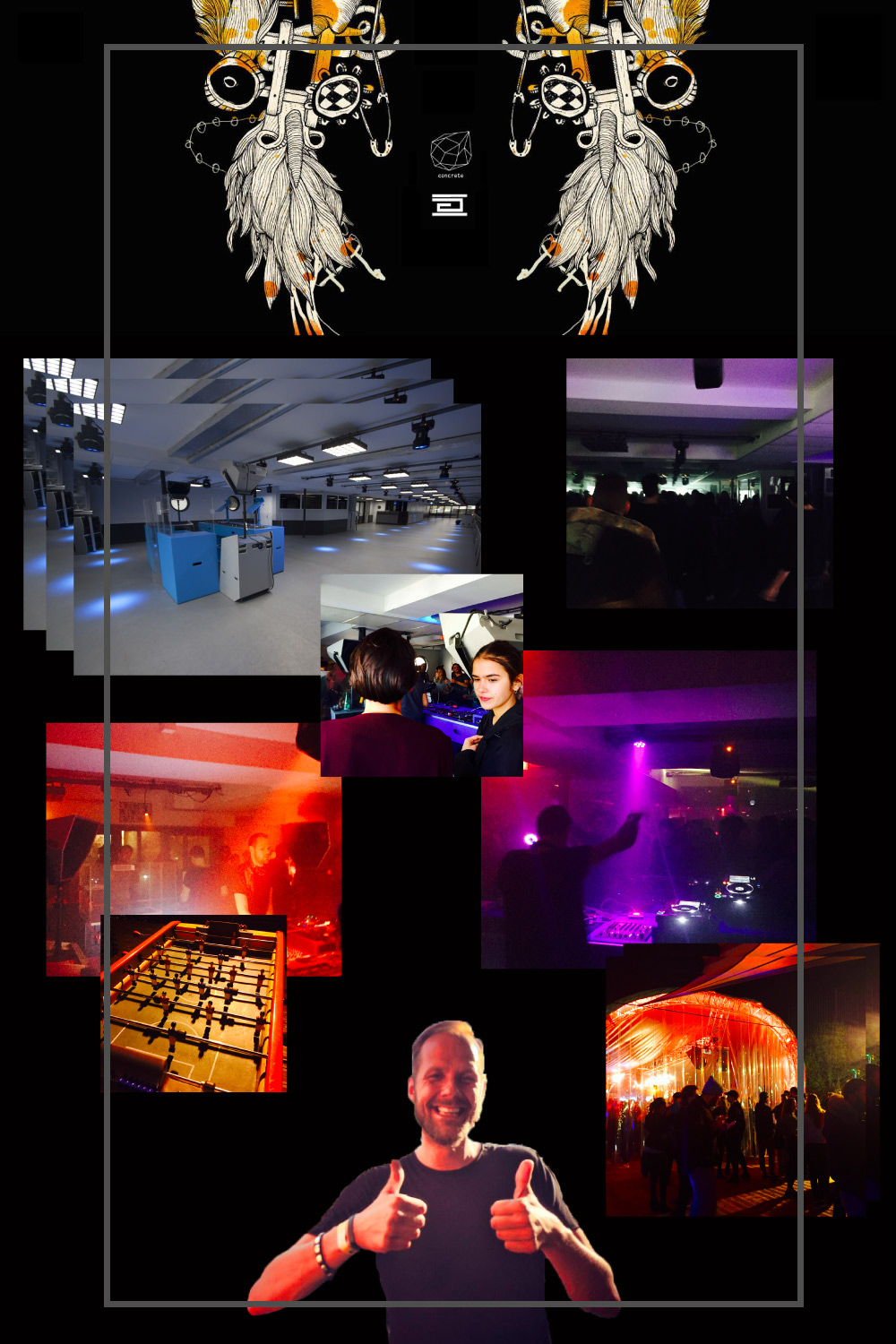 Paris is the capital of France, of love and of the humain rights but not only.
Since a few years Paris became an European party capital for Techno lovers and the famous Parisian club called “La Concrete” played an important role in the french club culture landscape.

Drumcode Records is a Swedish techno label managed by Adam Beyer.
Adam Beyer is also one of the most acclaimed production talents on the scene and has consistently delivered cutting edge music across his 3 labels – Drumcode, Truesoul and Madeye.
Over the years he has also built up a highly prized roster of talent on the labels and his meticulous ear for quality productions is highly renowned. Drumcode events have also achieved much praise across the globe by hosting events in Berghain, Berlin, for the Awakening festivals in Amsterdam or at Warehouse Party in London to talk only about Europe. In addition the highly respected weekly ‘Drumcode live’ FM radio show is broadcast on over 40 stations worldwide with the podcast having already achieved well over 3 million downloads.

Concrete, one of our favorite nightclub in Paris invited Drumcode event to rock the two-floor boat. “La barge” like they call it in french, hosts parties that go all day long and became popular with the rise of the Techno scene in Paris as they invited and collaborated with all the best underground techno DJs and collectives. They also produce one of the most important French Techno music festival: Weather Festival.

How to be too cool for school in Paris:

Be nice and friendly for once.

This moment when everybody feel Techno music, dance, start to whistle and to shot for joy: Adam Beyer is playing!

Discover X1000 from Berlinons Paris‘ collective, his communicative smile and his hypnotic set.

Have the best time of your day winning your friends at table-football.